On the Austria track Bearman is looking for confirmation, while Bedrin wants to keep his leadership among rookies. Absolute debut for Andrea Kimi Antonelli

Spielberg (AUT) – 09th September 2021 – Second “trespassing” of the season for the l’Italian F.4 Championship Powered by Abarth Certified by FIA which, after having opened the season on the Paul Ricard track and having touched the circuits of Misano, Vallelunga and Imola, arrives in the mountains of Stryra for the fifth round of the season on the Red Bull Ring circuit. The Austrian track, for the third year in the calendar of the Italian series, will see a starting grid of 32 Tatuus single seaters powered by Abarth and tyred Pirelli. The man to beat, despite the exclusion from the standings of race 3 in Imola and the subsequent appeal, is still the British driver Oliver Bearman (Van Amersfoort Racing) who has a good margin on Leonardo Fornaroli (Iron Lynx).

Prema Powerteam’s Colombian driver Sebastian Montoya is looking for redemption, but he will have to defend himself from Tim Tramnitz who, with his US Racing single-seater, has always been on the podium in the six races held between Paul Ricard and Vallelunga.

Several drivers, after the summer break, are expected for confirmations and redemptions. In search of redemption is certainly Kirill Smal (Prema Powerteam) who, after an exciting start of the season, has failed to materialize and is now in chasing. On the other hand, Joshua Dufek (Van Amersfoort Racing) is steadily growing and has been on the podium in the last two events, as well as his teammate Nikita Bedrin, at the top of the rookies standings and seventh in the overall one after a great performance in Imola.

In Imola the Italians Francesco Braschi (Jenzer Motorsport) and Pietro Armanni (Iron Lynx) showed their skills and, together with Leonardo Bizzotto (BVM Racing) and Lorenzo Patrese (AKM Motorsport), they are protagonists in the rookies classification. A classification, the rookie one, that behind Bedrin sees Conrad Laursen (Prema Powerteam) followed by Bizzotto and Patrese and by the more and more convincing Maya Weug (IRon Lynx – Ferrari Driver Academy) who is looking for a place in the absolute top ten after having come close on several occasions. Charlie Wurz (Prema Powerteam), at his second appearance of the season after the exploits of Vallelunga, and Andrea Kimi Antonelli (Prema Powerteam) will make the fight between the rookies even more exciting. The fifteen-years-old driver from Bologna, Junior Driver Mercedes, is one of the most promising prospects of Italian and international motorsport with several victories in karting and the spotlight already on him.

The Red Bull Ring weekend will start on Friday at 8.30 am with the first free practice session. Free practice 2 scheduled at 13.04 on Friday with the qualifying that will open the day on Saturday 11 September at 8.30. Green light for Race 1 at 11.45 am on Saturday, while on Sunday the two races are scheduled at 11.25 am and at 5.15 pm. All the races will be broadcast live on ACI Sport Tv (Sky Channel 228), on the Facebook page of the series, in English, as well as on the YouTube channel of the Italian F.4 Championship Powered by Abarth and in two languages on Motorsport.tv. 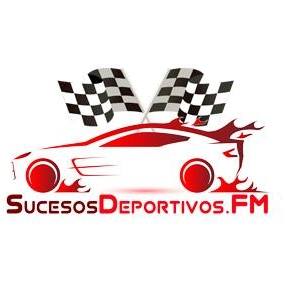